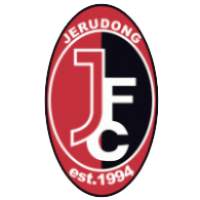 Established in 1992 and founded by Hj Murni Mohammad, Jerudong FC, was formed by a fiercely passionate group of football players who saw lifting up the youth in their community to their full potential through the sport.

Jerudong FC draws its membership from across any community that is willing to join them as they had initially started no more than just local villagers playing on the field. The membership then extended outside of families and friends to include youths from all ages and can accommodate all playing standards, from beginners up to those with experience in youth and adult competitions.

The Club has close ties with the community as their main playing and training facility is located on Padang Sekolah Rendah Jerudong Brunei II, where they would train up to three times a week in preparation for any upcoming matches. They are the few Clubs who can proudly say they have their own home ground.

With nearly 30 years of experience, the Club has seen its shares of ups and downs between the many leagues that they have taken part in. From the humble days of the District league up to the current Super League, the Club has always strived to improve with every win and especially after every loss. Which is no surprise as their team manager,  Hj Jalaludin Hj Ghazali, is no stranger when comes to bringing an equal measure of determination to win, a driving force of the Club since day one.

The Club prides itself on developing football skills and talent with an impressive roster of highly qualified players who have been trained through extensive coaching. This is due to the fact that as a non-profit Club, they always tries its best to support the team members, in terms of providing the right equipment, gears and venue to help encourage the youths to be more proactive into football. This also includes setting up friendly matches with Malaysia namely, Labuan, Sabah and Sarawak, to get more experience outside their comfort zone and as an opportunity to showcase their talent and skills on the field.

Originally, the Club aimed to use football as a platform for youth to fill their time with more constructive activities and not be involved in activities that may be detrimental to their well beings. Nowadays, the Club is assisting their players to develop skills, technique and game awareness so they have the ability to achieve their full potential and ultimately providing a pathway to representative football for Brunei. The Club has since produced some exceptional players, with those who were a part of Jerudong FC have been recruited to join other Clubs to carve their own destiny on and off the field.

Throughout these trials and tribulations, Jerudong FC continues to produce young players of the highest quality through its outstanding high standards in training and set up, and there is no doubt that the future is brighter with Jerudong FC.